Luther Crawford Ladd died at the Baltimore Riot on April 19,1861.  Jonathan Ladd sent a historic telegram to Washington describing the assault on the Massachusetts 6th regiment in Baltimore, MD.  This became known as the Baltimore Riot which shocked President Abraham Lincoln since Baltimore was a Union city killing Union

soldiers. Luther Ladd was killed marching south through Baltimore to protect the Presidency and the Union capitol of Washington DC. Just before he expired, he exclaimed "All Hail To The Stars And Stripes."  These words were printed on patriotic envelopes to boost morale and encourage Union troops to write home.

Jonathan Ladd was master of transportation responsible for dispatching Massachusetts troops to aid President Lincoln on April 19,1861.  His cousin Luther Ladd was the first casualty of the Civil War at the Baltimore Riot (see Harper's Weekly). Ladd also took  initiative to get the steamships Ariel and DeSoto to transport the MA 5th regiment on a secret mission to protect Lincoln.  The movie "Lincoln" by Spielberg opens with one of Ladd's African American Soldiers from the MA 5th

Battle of Cold Harbor hero, Elisha Strong Kellogg and the officers of the 2nd Connecticut Volunteer Artillery (2nd C.V.A.) presented Ladd with a 20 size Gold Pocket Watch in March of 1864. Click here to see a letter Ladd received from the ladies of the 19th Connecticut just before the regiment became the 2nd Connecticut Volunteer Artillery, a letter Ladd wrote to his daughter and a letter of honor sent to Ladd from officers in Lowell, MA.

During the Civil War,

Major Jonathan Ladd
was instrumental in saving President Lincoln from a rebel advance on Washington DC in April,1861. This website is devoted to telling the story of a forgotten war hero, Jonathan Ladd, who owned a gold pocket watch that made his "story in time" possible to tell the world.

​Ladd was At lincoln's deathbed 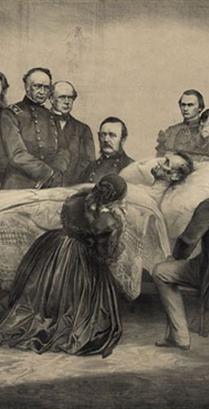 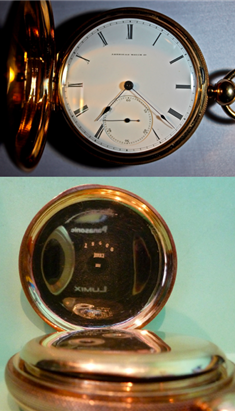 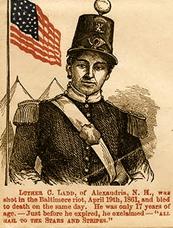 Chief investigator at President Lincoln's Assassination trial named Ladd as being present at Lincoln's deathbed on April 15, 1865 at 7:22 am.

unknown TO HISTORIANS UNTIL HIS GOLD WATCH WAS SAVED FROM

BEING MELTED DOWN AT ALCO SCRAP METAL In  LOWELL, mA BACK IN THE 1970'S.

Presented Ladd with a Gold Pocket Watch in March of 1864..

AS SEEN ON FOX NATION

PURCHASE MY BOOK AT