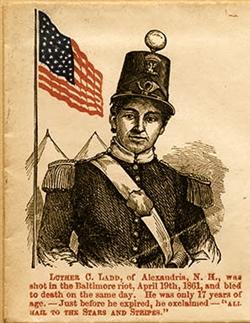 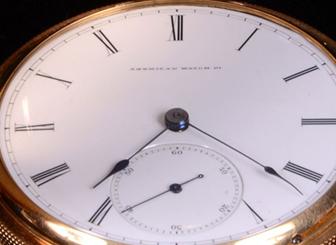 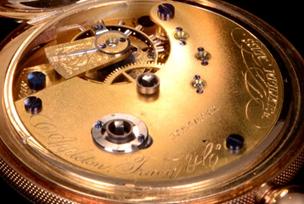 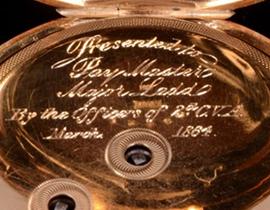 Baltimore Riot
Massachusetts troops from the 6th regiment were attacked in Baltimore on April 19, 1861. Jonathan Ladd's cousin Luther Ladd was killed there and became the first casualty of the Civil War.

Colonel Elisha Strong Kellogg
Presented Jonathan Ladd with the Gold Pocket Watch in March of 1864 from the officers of the 2nd Connecticut Volunteer Artillery.  Kellogg died heroically at the Battle of Cold Harbor in June, 1864.

Ruggles and Moore and the theft of the entire Union payroll.

​Judge Advocate investigating the Lincoln assassination trial. Burnett named Ladd at Lincoln's deathbed when he died at 7:22 am on April 15,1865. Did Ladd's pocket watch mark the time of death? 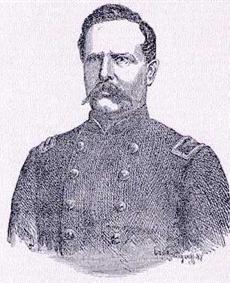 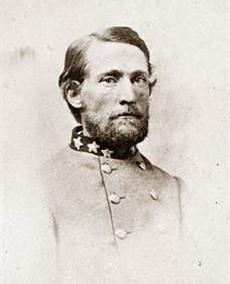 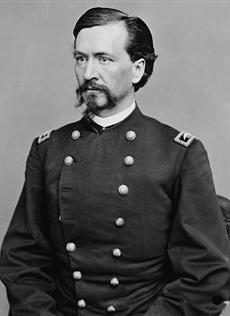 Major Ladd's pocket watch was a gift from Colonel Elisha Kellogg, hero of the Battle of Cold Harbor, and the Officers of the 2nd Connecticut Volunteer Artillery in March,1864. This watch was manufactured in a run of 99 watches from November 1,1862 to November 30, 1862. The watch is in mint condition,15 jewels with a Gold balance, housed in an 18k Gold Robbins and Appleton case. It was produced from the first run of 20 size watches made by the newly formed Nashua Department at the American Watch Company in Waltham, MA in the fall of 1862. Prior to that year, the Nashua Watch Company, which specialized in producing very high-quality 16-size and 20-size pocket watches was located in Nashua, NH. The 20 size was a rare model and was associated with highly prized presentation watches. In 1863 President Lincoln got Congress to approve the purchase of similar watches which were presented to heroes of the Civil War. 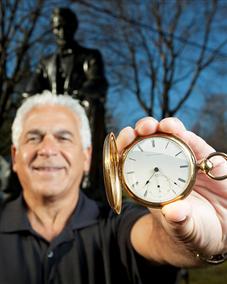